Arnulf – A Viking Saga is a page-turning series of so far seven volumes. A Nordic tale of power struggles, honour, hostility and revenge in all its great beauty and horror. The saga is an epic tour de force through the Viking Age in the years around the turn of the first millennium. Fiction is blended with awe-inspiring history, as Arnulf grows from being an angry young man to an experienced and well-travelled warrior and Jomsviking with the responsibility of a wife and children. Arnulf’s saga is based on extensive and thorough research, and the story takes the reader deep into the authentic Viking Age. It’s a violent, epic, dramatic and unpredictable saga that has gripped readers of all ages. For followers of Bernard Cornwell and Vikings who want to get completely under the skin of the Vikings with uncompromising realism, in all its imposing horror and beauty, where fictional characters and events are woven seamlessly with authentic peoples and events.

I write about Vikings, because I am passionate about the Viking period and to revive and disseminate the epic, Nordic history. Personal dramas, power-plays and kingdoms formation - the Viking Age was a time when intrepid Scandinavians sailed out and made their deep mark on the world through trade, plundering and settlements, and in my tale of Arnulf I weave fictional characters and events in symbiosis with authentic people and events. I want to get completely under the skin of the Vikings and with uncompromising realism, I portray their lives and times, aspirations and hopes through Arnulf's intense and passionate saga, for Viking history is an important story for all of us - and it is a compelling story.

ARNULF WOLFBLOOD – the first novel in Arnulf – A Viking Saga:

Arnulf is wild like the eagle and the wolf in his name (Arn – eagle, ulf – wolf). He yearns for going a-viking and noble deeds, but when his brother Helge’s ship returns home bloody, all dreams are crushed. Blind with grief, Arnulf commits crimes and misdeeds and the young Viking’s actions force him out on a dramatic, perilous and eventful journey with a Norwegian thrall. Pillaging, meetings with royalty and bloody battles lie ahead, and after sailing to England with the North men from Haraldsfjord, Arnulf encounters the Vikings from Jomsborg. Being acknowledged among such raw and hardened warriors isn’t easy, for they know the battlefield well and don’t tolerate weakness. Arnulf composes skaldic verses for Sweyn Forkbeard and faces Earl Hakon in a battle at sea, but he never forgets his Frejdis and family in Egilsund.

THE JOMSVIKING – the second novel in Arnulf – A Viking Saga:

The Jomsviking Arnulf Wolfblood and his five blood brothers sail to England, where King Sweyn Forkbeard and the Norwegian Olav Tryggvason have united their ships in a tremendous fleet. King Æthelred is threatened and Arnulf becomes embroiled in the plays and selfish plans of powerful men. Sieges, battles, hatred and deception. Both external and internal enemies are lurking, and it’s not cohesion that’s thriving among the proud, strong-willed warriors. The courage of the Jomsvikings earns respect, but Arnulf was born with a sharp tongue, and keeping your footing when the responsibility of a wife and children also weighs on the events isn’t easy. But only he who sets sail catches wind!

THE WOLF OF ODIN – the third novel in Arnulf – A Viking Saga:

Arnulf returns to Norway as a man on the run, but he’s not allowed to rest for long. A violent night sparks the beginning of a long journey towards a distant and mighty kingdom: Kievan Rus with its capital at Kiev, where Prince Vladimir rules with Viking blood in his veins. Hate and retribution breed mighty enemies, and Arnulf has to go a long way in his quest for justice, but the Wolf of Odin isn’t defeated. For sleeping wolves don’t win ...

THE ICELANDIC VIKING – the fourth novel in Arnulf – A Viking Saga:

After his violent trip to Kiev, Arnulf returns to Norway, where a rebellion ensues. Earl Hakon is threatened by his countrymen, and the royal descendent, Olav Tryggvason, dares to exert himself, while Odin and White Christ fight for power, too. Old animosities flare up, and the events send Arnulf on a journey to Iceland, which entwines many fates. Warrior blood burns and with it the great Viking saga continues!

THE BLOOD RING – the fifth novel in Arnulf – A Viking Saga:

After the turmoil in Iceland, Arnulf Wolfblood and his six blood brothers from Jomsborg – his blood ring – travel to Constantinople to apply for admission to Emperor Basileios’ hird, the Varangian Guard. The emperor is threatened by external enemies and wars and by the power plays between the Byzantine generals. Only the best Vikings are selected to protect him. Arnulf is introduced to a world he had no idea existed, and the Blood Ring strives, for the Jomsvikings are used to acclaim, despite the Byzantines considering the warriors of the North to be nothing more than barbarian animals. But wild animals can bite! There is no need to sit still when both glory and gold can be won for those willing to go out and take it!

THE KING’S STORM – the sixth novel in Arnulf – A Viking Saga:

Arnulf has served in Emperor Basileios’ Varangian Guard for several years. He returns home with a reputation and wealth, but old enemies await. The Nordic kings and earls are threatening each other in fierce power games that require strong alliances, and Jomsborg has become embroiled in the intrigues. Arnulf must fight for kingdom, kinsmen and his own convictions, while King Sweyn Forkbeard of Denmark hasn’t forgotten his hatred and King Olav Tryggvason Christianises Norway with fire and violence. Faithfulness, revenge and deception are crucial! But Arnulf has the faithful following of his blood brothers, his friend Toke and his young son, Torulf. The epic Viking saga continues!

THE WINTER EARL - The seventh novel of Arnulf – A Viking Saga

THE WOLFBLOOOD - The eighth noven of Arnulf - A Viking Saga 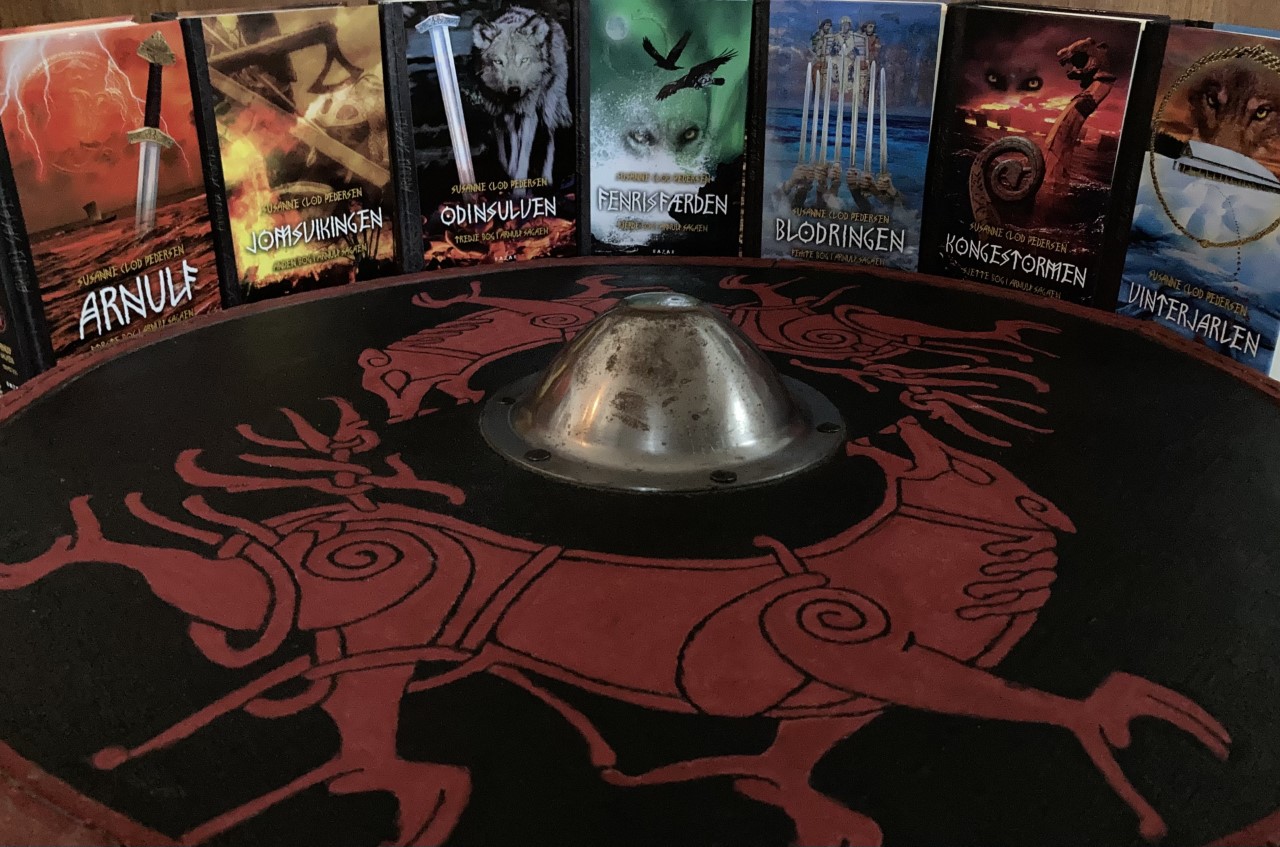 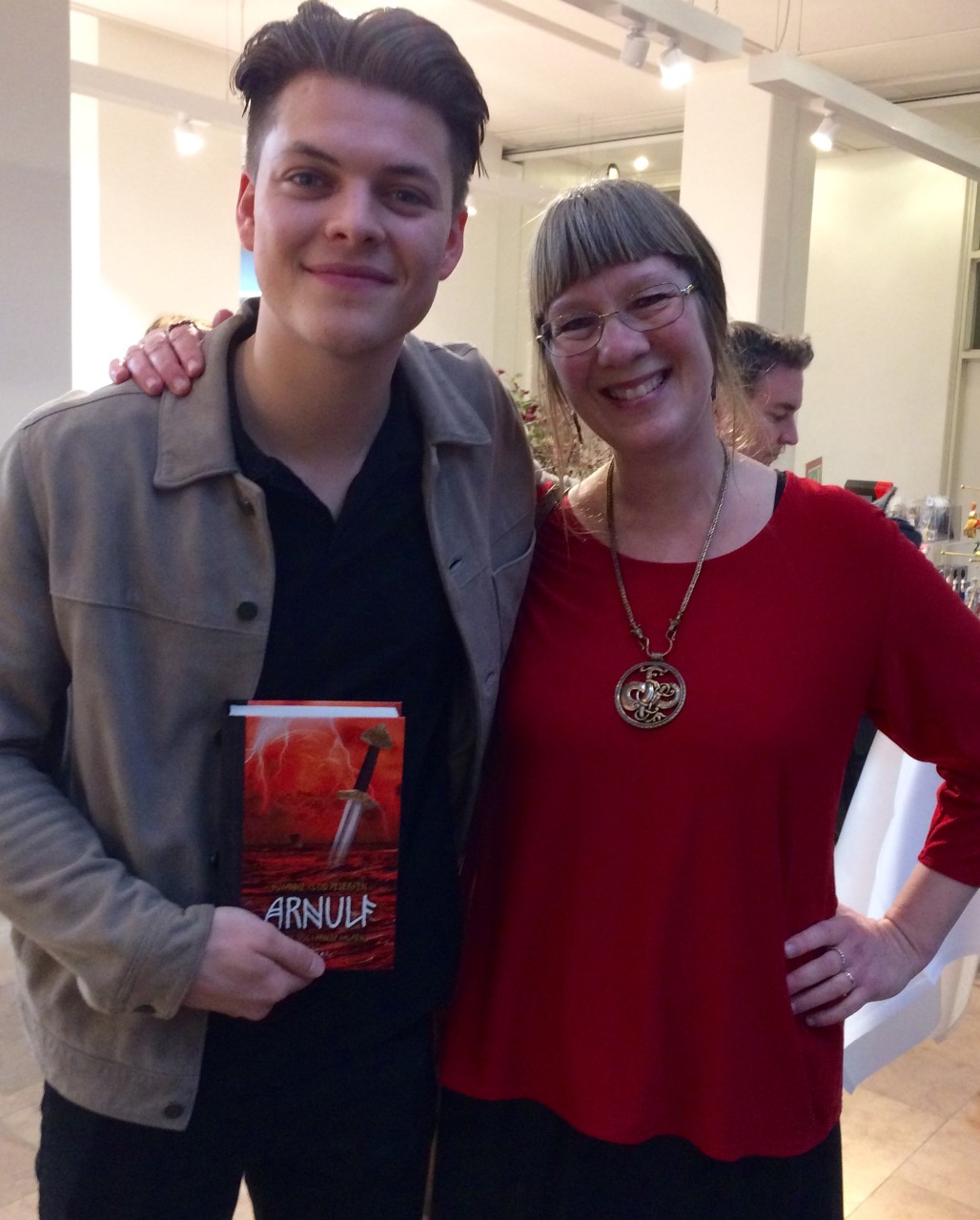 With Ivar the Boneless from "Vikings"!